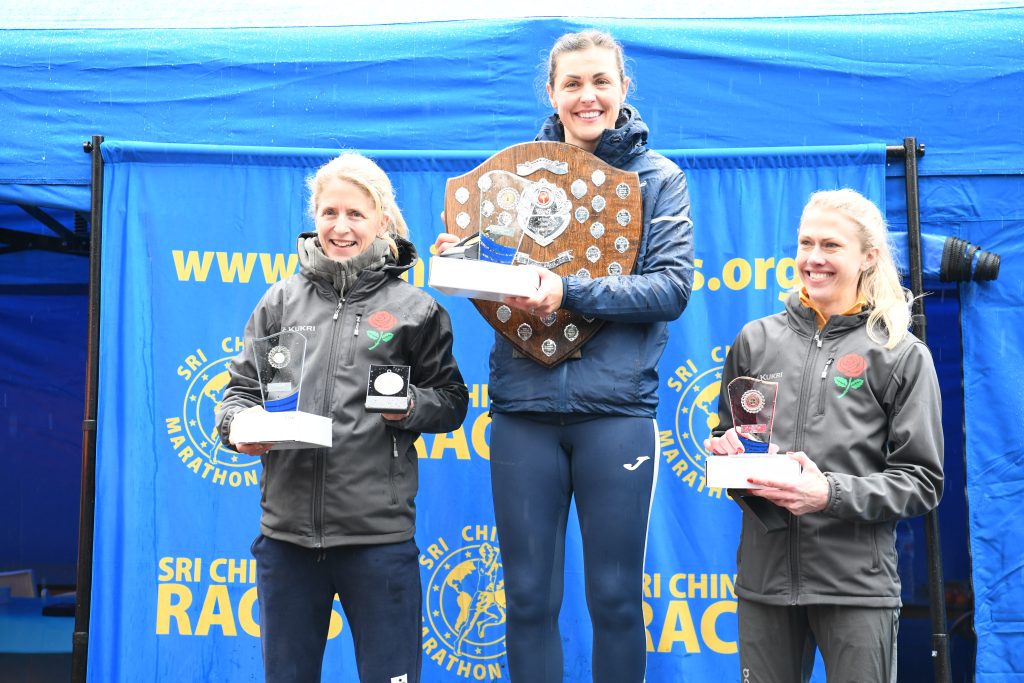 The Self Transcendence 100k/50k Ultra Races took place at North Inch Park in Perth yesterday in cold but dry conditions. The race incorporated the Anglo Celtic Plate Home Nations international as well as the Scottish 100/50k Championships and the British 100km championship for 2022.
In one of the most competitive 100km races ever seen in Great Britain, no less than 7 men broke the magical 7 hour barrier and  3 women the magical 8 hour barrier with a string of personal bests throughout the field. England’s Matt Dickinson (Clapham Chasers) and Scotland’s Jo Murphy (unattached) claimed the British 100km championship titles in Perth on Sunday.

Running his first 100km road race, Dickinson was content to sit in the pack. At 50k, reached in around 3 hours 18, no less than 2 minutes separated the top 12 men. As always as a 100km race approaches the 40 mile mark, things get interesting. As some slowed or faltered, the Clapham Chaser just maintained a steady pace to ease into the lead and achieve almost even 50k splits to win in 6:39:34 breaking Charlie Harpurs 2019 course record by almost 4 minutes. Behind him, England’s Ollie Garrod (South London Harriers) and the two Scots from Metro Aberdeen, Jason Kelly and Chris Richardson, looked strong along with Northern Ireland’s Gareth King.

Former Champion Sam Amend and her English team partner Caroline Turner led the women’s race through 50km in 3:46 with Scotland’s Jo Murphy, running at her own pace a few minutes further back in 3:52:29. Murphy, the victor in Ireland last August, was to prove the stronger again, showing incredible pace judgment to run a negative split coming home in 7:41:12 – a pb by almost 10 minutes and obliterating the long-held course record of 8:00:30 set by of former GB international Emily Gelder in 2011. Amend took second in 7:48:39, a pb, with Turner running her first 100k third in 7:51:39.

The Norman Wilson Trophies for the best newcomers were taken by Dickinson and Turner.

Murphy retained her women’s  title, and the Don Ritchie Trophy. Behind her, Fife AC’s Alison McGill made a huge breakthrough, finishing 5th overall and 2nd Scot in 8:02:34 just missing the GB team standard. Lynne Allen (Kirkintilloch) was 3rd in 8:41:40.

In the Anglo Celtic Plate Team Competition, It was England who ran out victors in both the men’s and women’s races. Scotland took 2nd place in both categories with Northern Ireland taking third men’s teams and Ireland third women’s team.

Provisional Results to be confirmed. https://my.raceresult.com/196102/results