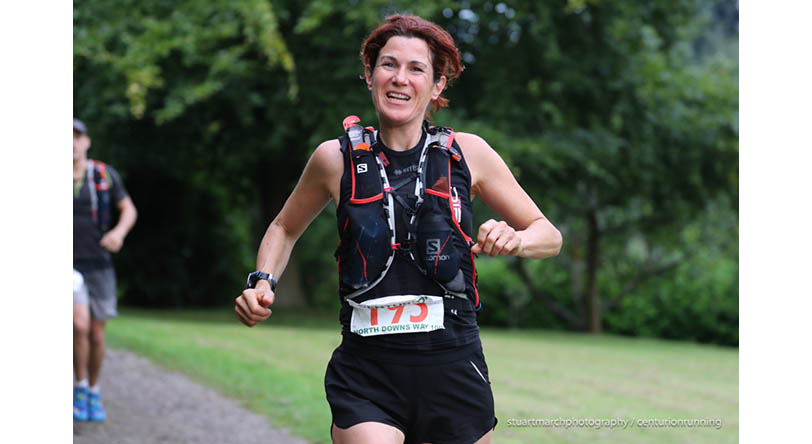 After having run 2:33:26 at this year’s Virgin London Marathon, Charles Harpur was able to convert speed into endurance to take the win at the South Downs Way 100 Mile Race which finished this morning. The race which starts at Chilcomb Sports Ground and finishes at Eastbourne Sports Club Athletics Track saw Stephen Hobbs lead for the early stages of the race but Harpur was never far behind and entered the Cocking aid station seconds apart. By Washington aid station, the 54 mile point Harpur built a 17 minute lead which he extended through Southease and Alfriston. By the 76 mile mark, John Melbourne had moved into a podium place but was eventually forced into third by a strong finish from Stellan Fries (SWE) who had reduced the gap at the front by some 11 minutes at the finish line at Eastbourne.

In the women’s race Sarah Cameron started off very strongly reaching Beacon Hill Beeches with a few minutes over both Laura Swanton and Rachel Fawcett. Sarah continued throughout the race to build on her lead as Laura consolidated her second place. The third place which was held by Rachel Fawsett up until the Housedean Farm area was taken by Rebecca Lane who finished just outside the 20 hour mark.