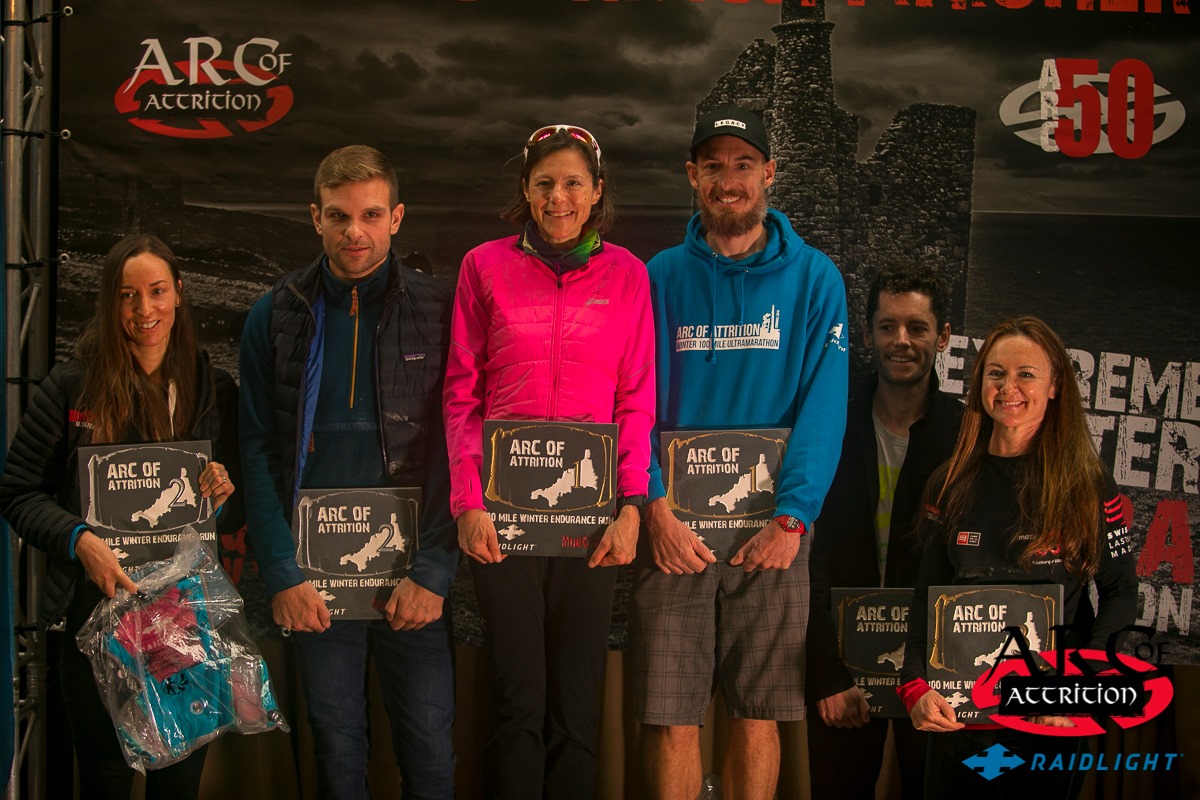 The Arc Of Attrition 2020 took place over the weekend with the 100 starting at noon on Jan 31st from Coverack to Porthtowan and the 50 starting 8:30 on February 1st from the Minack Theatre in Porthcurno also finishing from in Porthtowan.

Conditions were drier in the early part of the event with the rain arriving in the latter stages. The 100 was won by Steve Wyatt followed closely by Ashley Scott and third was Tristan Stephenson. In the women’s race, Anna Troup returned after coming in second in 2019 to take the win – 2 hours faster. Second was Laura Swanton-Rouveli and Leanne Rive took third spot. 227 starters/111 finishers.

In the 50 mile race, Natalie Taylor was first woman ahead of Lydia Poole and Emma Nicholls in third. The men’s race was won by Jamie Stephenson almost half an hour ahead of Neil Martin in second and Stephen Hobbs in third. 141 starters/102 finishers.