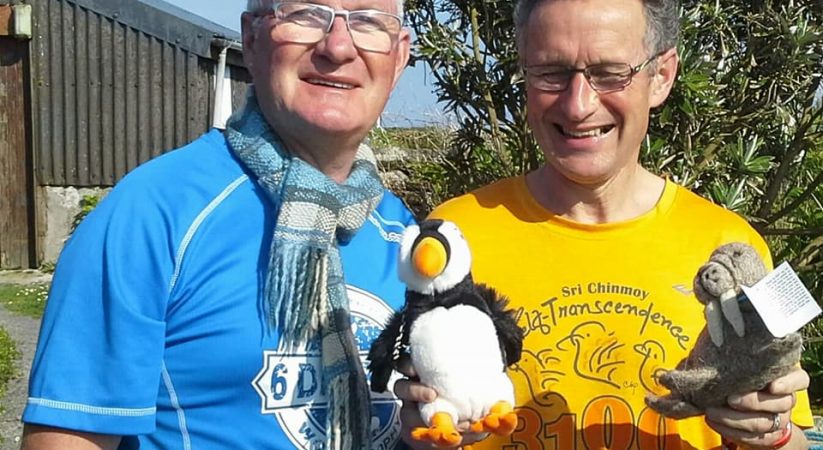 Orkney-based ultra marathon runner, William Sichel (64) faces his toughest challenge in a 26 year running career when he toes the line in the 22nd edition of the Sri Chinmoy Self-Transcendence 3,100 mile race starting in Queens, New York at 6am, local time, on June 17th.

Described by the New York Times as the “Mount Everest of ultramarathons” this unique event is run around a 0.55 mile loop in Queens, New York with runners required to run 5,649 laps in order to complete the distance within the 52 day time limit.

This year’s 9 runners – 6 men and 3 women – are expected to be on the start line every morning at 6 and must stop at mid-night. Competitiors are provided with a room within a mile or two of the start. How they mix up running, walking and resting in the 18 hour days is their own affair.

“I know that four years is a long break before trying again, especially at my age, but I’ll have a good shot at it.”

William was due to run in this event last year but after months of preparation he was forced to withdraw at the eleventh hour when, the night before his departure for New York his wife, Elizabeth, received a shock, terminal cancer diagnosis and passed away 24 days later.

“For me the 3,100 event will always be associated with Elizabeth’s passing and I’ll mark the first anniversary of her death in my own private way on 6th July, which is three weeks into the race.

Whilst I’ll always be grieving for Elizabeth and our 35 years together in Sanday, life has been kind to me and I now have a new relationship and am dividing my time between Sanday and Kirkwall.”

William would also like to express his thanks to crewman Alan Young, who will be in attendance throughout the race and to Tim Rainey and Adrian Stott who will be coming out for a week each to support him.

William is currently persuing his record-setting project called “Journey to 750” in which he is attempting to set 750 running records at World, British and Scottish level, including age-group records. Currently he has set 434 records, including 45 world age-group records and two Guiness World Records. His shortest record is for 30 miles on the track and his longest is an overall British record for 3100 miles/5000km on the road.