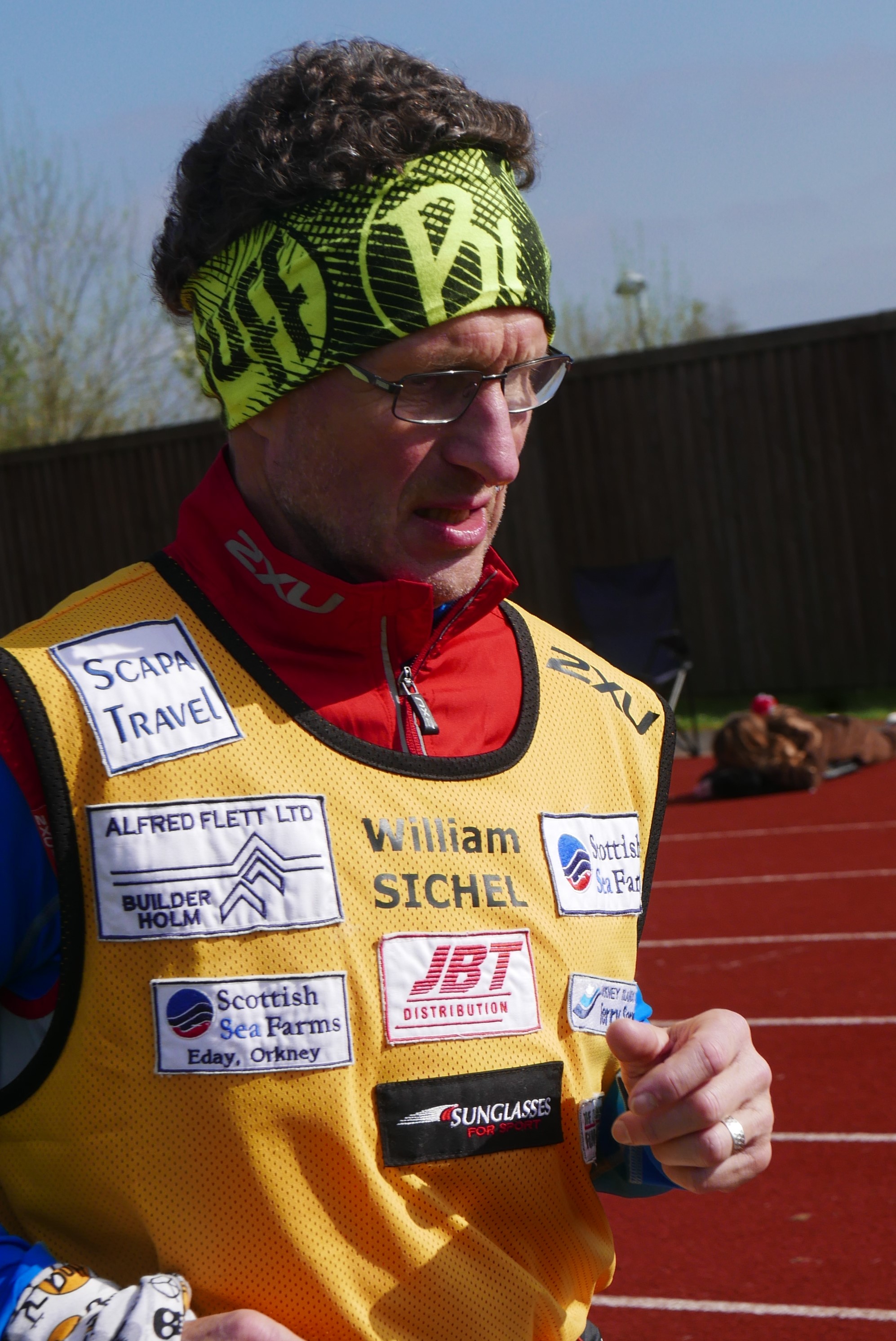 Orkney-based ultra marathon runner, William Sichel (63)shows no sign of slowing down as he has launched an unprecedented goal of setting a total of 750 ultra running records, in the coming years, in a project he is calling “Journey to 750”.
This follows on from Project 60@60 (60 records) which he completed in November 2012 and Project165 (165 records) which he achieved in November 2015.

“It’s taken a lot of planning and research to come up with this project and the main difference this time is that I am changing my record criteria and will include treadmill records, various classic event records and most importantly ‘day records’ ie records for every 24 hour period.  This would be up to 50 days as that is the duration of my longest event so far, which I completed in 2014.”
William explained that he had been heavily influenced by Sahishnu Szczesiul, Race Director for the World’s Longest Certified Road Race – 3100 miles – held annually in New York, who has gathered meticulous, daily, race performance data over a 21 year period and encouraged William to include ‘day records’ in his new project.
“To have any chance of setting 750 records I will have to compete successfully, at least twice more, in New York as that is the place where these multiday, very long distance records can be set and these are the distances I’m best at these days.My next attempt at the New York race is in a month’s time.

It’s an incredibly ambitious target, that in all honesty, may never be achieved, but that’s what excites me and I have always loved to be tested and this is an amazing test.  Can a 63 year old man complete 3100 miles/5000km in 52 days?  Well,I believe so, but nobody knows because it has never been done before!”

Currently William holds all the overall (any age) British records from 2000km to 5000km and all the World Age-Group records for the same distances.  Under the new criteria William has now set 423 records.

“Whilst having a lot of record targets provides direction for me, it isn’t the ‘be all and end all’ as, by definition, the opportunities to set records whether personal ones or at world level, are rare.Also I’m not at all precious about my records.  I’ve always felt that we borrow records, we have them on loan until someone else comes along and breaks them – that’s what it’s all about.  I hope my records will inspire current and future generations of runners and that they will all be broken at some point. ”

As with his previous projects, the records attempted will be at World, British and Scottish level, including age-group records, in races that have been officially endorsed by the International Association of Ultrarunners (IAU) or the National Athletic Federations of the host countries.

William’s record setting exploits will be independently adjudicated by Alan Young – IAAF Grade B Course Measurer and contributor to the Association of Road Racing Statisticians and Stan Jewell (statistian).

William runs to high-light the benefits of exercise for older people as well as raise money for the CLAN cancer support charity. William’s dedicated CLAN web page can be found here: http://www.justgiving.com/William-Sichel