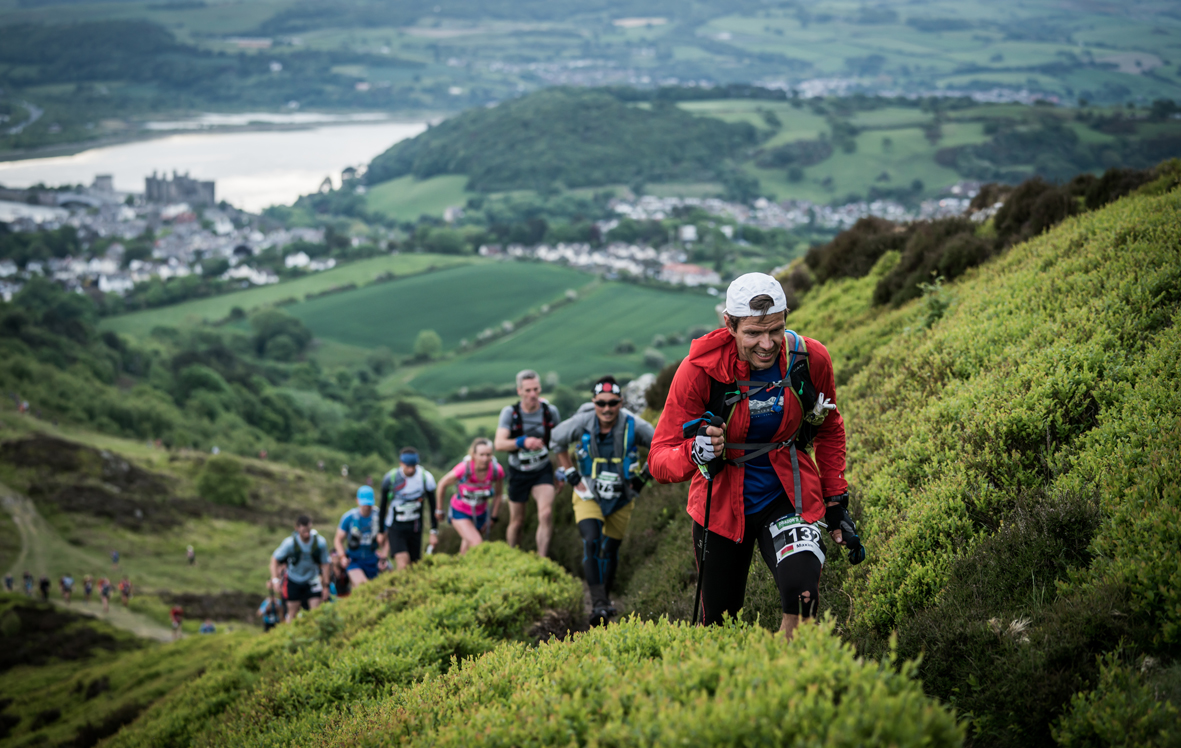 As expected, day one of the 2017 Berghaus Dragon’s Back Race took its toll on the 223 starters.  Faced with a distance of 52km, with 3,800m of climbing, including Tryfan, the Glyders and Snowdon via Crib Goch, 25 competitors either failed to reach checkpoints by the cut-off times or retired from the race for other reasons.  Even the most experienced runners in the field had their fare share of troubles in North Wales, with the event leader suffering a time penalty for a technical infringement of the rules.

In the men’s race, 2015 winner Jim Mann was in excellent form, building a big lead over his rivals.  By the Pen Y Pass checkpoint, Mann was almost half an hour ahead of the field and he finished the day in an extremely impressive time of 7 hours and 12 minutes.  Neil Talbott reached Hafod y Llan Campsite second in 7:54, with Marcus Scotney third in 8:14.  However, the race adjudicators imposed a time penalty of 15 minutes on Mann and he will start day two with a time of 7:27, after he missed a checkpoint.  Race organisers had slightly shifted the Crib Goch checkpoint250m from its 2015 position and its description on the route map was slightly ambiguous, implying that it was in the same location as in the previous race.  Mann told marshals on the course and continued on his way with confidence, believing that the checkpoint location was being investigated.

In the lady’s race, first over the line on day one was Sabrina Verjee in 9:27, followed by Carol Morgan in 9:46 and Caroline Mcllroy in 10:07.  With four days of long, hard mountain running to go, there is plenty of time for changes at the front end of the field.  Meanwhile, Joe Faulkner successfully completed day one in 11:45 and is on course in his quest to be the only person complete all four races since the Dragon’s Back Race was first held in 1992.

Jim Mann comments: “I was just enjoying myself.  It was beautiful up there – cool enough with a nice breeze.  Overall, it was a great day – I can have no complaints.”

Race director Shane Ohly described the racing experienced on day one as ““starting your traverse over the dragon at the head, setting off straight into the teeth and the fire!”

Follow the progress of the race with live tracking via www.berghausdragonsbackrace.com