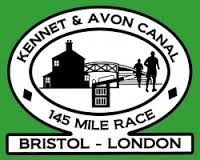 Keith posted a brief course description on the facebook group page which is the main line of communication so check it out.

“The Start will be in the vicinity of Bristol Temple Meads Station. (The exact point is decided and will be confirmed later.) From there the route heads east along Cattle Market and Feeder Roads to join the River Avon Trail at Netham Lock. It leaves the river at Bitton Railway Bridge to follow the Bristol & Bath Railway Path into Bath and onto the Kennet and Avon Canal Towpath.

The K&A towpath winds through Bradford on Avon, Devizes, Hungerford, Newbury and Thatcham to meet the River Thames at Reading. The route then follows the Thames Path through Shiplake, Henley, Marlow, Cookham and Maidenhead to Eton. From there it leaves the water to head north for 2 miles on the B3022 and A332 roads through Slough and turn right onto the Grand Union Canal Slough Arm Towpath.

After 5 miles runners will turn right onto the familiar GUC main line at Yiewsley. They will turn left (North) at Bull’s Bridge Southall, onto the Paddington Arm, and follow this all the way through Little Venice to the Finish at Paddington Station.

The Canalrace Team expect the overall distance to be at least 145miles – much the same as GUCR. We aim to have ten checkpoints spaced at 12 -15 mile intervals. Most sites have already been selected, but they are still subject to confirmation.

Notes on runners’ navigation. The Avon and Thames Paths are not towing paths and therefore are not always next to the water. They are, though, way-marked National Trails and easy to follow. At some bends in rivers there are alternative footpaths that cut corners. We have chosen to use the shorter paths for the “official” route to avoid accusations of cheating.

The road route north from Eton is very straightforward and has a pedestrian underpass at the junction with the main A4 in Slough. Competitors will have detailed maps of this and any “tricky” towpath sections, along with maps of the whole course. well in advance of race-day.”