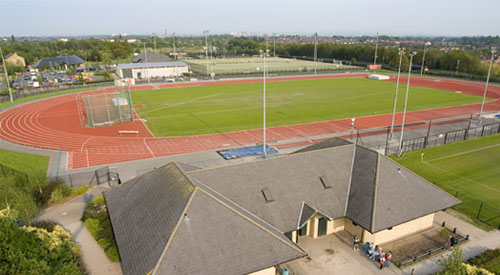 It’s been five years since the last 24 hour race was held in Northern England. Between 2001-2009 Hull Harriers hosted a 24 hour at the Costello Stadium. The Doncaster 24 hour was held twice – in 2001 and previously in 1996. Before that we have to go back to late August 1993 at Stanley Park Arena Track in Blackpool when Kiev, in the Ukraine, provided team runners with UK runners evident individually. Back then the event was classified as a European qualifier. Before 1993, Blackpool hosted a 24 hour road race and the memorable 48 hour track races in 1988 and ’89. Preston also organised a 24 hour road race in which 60 runners competed around Moor Park with a high degree of mileage attained. Also during the 1980’s – 1990’s, Scotland hosted the Brechin 24 hours on two occasions. A fine domestic event with tremendous hospitality. Ireland got in on the act at Templemore and Greystones creating high standards to follow on the Irish ultra scene. Another 24 hour race of merit in the period was held at RAF Cranwell in Lincolnshire on the road. A splendid venue and race from start to finish.

Forward to 2013, the modern era at Radley Oxford and the British Ultra Fest on the track. A strong field of athletes assembled did the organisers credit with some world class performances. In 2014 the Gloucester 24 hour track race at the Blackbridge Jubilee Athletic Track provided another high standard event mileage wise and in terms of organisation. So now up-to-date, Preston again attempts to do service to the ultra-distance running scene. A new venue, new event and a new team with a splash of old-fashioned values on hand.

Historically since 1957 I have been curious concerning long distances completed on foot. For example my early training runs covered areas from home, areas I had never seen before, not having a plan B, never returning by the same route enabled me to add extra miles and hours weekly and monthly. In the early years I was convinced I was lacking speed but my confidence grew attempting longer mileage and my ability to endure became noticeable. Initial preparation though not planned rewarded with miles and hours of long slow distance (LSD) over many, many years, over many seasons – always aware of exploring different routes. Around 52 years of age I reduced my mileage/hours. I managed a period of 12 solid years running to and fro my place of work – possibly my happiest time and years in running. From 64 to 70 years covering a steady 6mph over 2-4 hours, a terrific feeling and buzz. Not one single injury prevented me all through until a major attack of shingles stopped me completely, mentally and physically. I really miss the sport and encourage all ages to have a go.

My son, Alistair, has spent many years working with and supporting the homeless community and we saw putting on a charity race as an excellent way to both raise money and awareness for a valuable local project and allow me to get back into organising ultra-distance races. We chose The Foxton Centre, Preston as our beneficiary for a 24 hour race as Alistair had done much work for them in the past and they are a highly valued and respected local resource. The Foxton Centre has been working with rough sleepers, street sex workers, young people, people with alcohol abuse issues and other people in the community who need our support for over 40 years, and is currently running 12 different projects within the Preston area, as well as acting as a leading organisation in the North West for homeless support. I have overall responsibility for organising the race itself, while Tim Keighley (Director of The Foxton Centre) and a small committee of volunteers are assisting with administrative and promotional aspects of planning the event, from which all profits will be donated to the charity. It has recently been confirmed that the first Foxton Preston 24-hour race will take place on 23-24 May 2015 at the University of Central Lancashire Sports Arena, Preston. 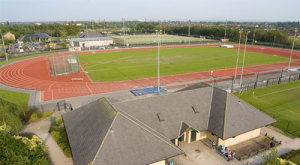 On Halloween I returned from visiting the UCLAN Sports Arena in the dark for the first time. The illumination is first class even on dimmed training floodlights. Richard, the Arena under manager has granted us permission to use the inner (field event area) for erecting the race village, timing and runners tents in the designated areas. Attendants and scouts will tent on the outer areas of the track. The modern changing rooms, male and female, are equipped with hot showers, hand basins, toilets and adequate rest areas should they be required.

We plan to set-up on Friday 22nd May, with little to do Saturday morning 23rd May. Ian Tolson, in charge of infrastructure will oversee the operation with around 20 senior Scouts who will camp out Friday night along with any runners travelling large distances to Preston.

Also we have permission to use a modern indoor facility trackside for presentation and storage.

I feel very honoured to have secured the venue for the purpose of ultra-distance running.