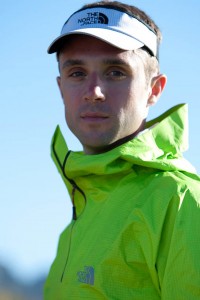 For immediate release. Staveley, UK, June 1st, 2011:  The North Face®, the world’s premier supplier of authentic, innovative and technically advanced outdoor apparel, equipment and footwear confirms that The North Face® ultra-distance runner, Jez Bragg is to compete in one of the oldest and most challenging ultra trail events in the world on 25th June, 2011 – The Western States 100 mile Endurance Run.

The Race starts at 5am from Squaw Valley, California. It takes the runners through original trails used by the gold and silver miners of the 1850’s and along unforgiving remote and rugged territory, ending after a 22,900 feet descent before reaching the finish line in Auburn.

Jez has had a flying start to 2011, having just smashed the record for The Fellsman, a grueling 60-mile (96km) high level traverse, over very hard rugged moorland, from Ingleton to Threshfield in the Yorkshire Dales.

Jez commented: “Western States is the absolute ultra race to run in the US, and year on year attracts all the best runners to battle it out on a fast but very challenging 100 mile course in the Sierra Nevada Mountains, California.

The race is a complete adventure in itself combining remote mountainous trails, heat – particularly in the several canyons, and altitude in the early stages.

I ran Western States in 2009 and, despite a mixed performance, managed to claim 3rd place. In such a challenging and demanding race it’s inevitable that you make mistakes first time round and I did, so this year I’m excited about returning and performing better, hopefully mixing it up with the lead runners again”.

Jez plans to return to The North Face® Ultra-Trail du Mont-Blanc® to defend his title in August later this year.

About The North Face®

The North Face®, a division of VF Outdoor, Inc., was founded in 1968. Headquartered in San Leandro, California, the company offers the most technically advanced products in the market to accomplished climbers, mountaineers, snow-sport athletes, endurance athletes, and explorers. The company’s products are sold in specialty mountaineering, backpacking, running, and snow-sport retailers, premium-sporting goods retailers and major outdoor specialty retail chains.

Additional information about The North Face® can be found on the company’s website, www.thenorthface.com