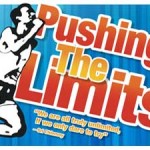 We all want to challenge ourselves, but how far can we go?

Three UK athletes share their experiences of challenging their physical and mental limits as part of the Run and Become Inspiration series of talks in London, January 16th 2012.

Abichal Sherrington
Began his multiday career with the first Sri Chinmoy Ten Day race in 1996 and ran the first 8 editions of that event and was invited to take part in the Self-Transcendence 3100 mile race six times amassing over 25,000 race miles since 1995 when he ran his first 24 hour race.