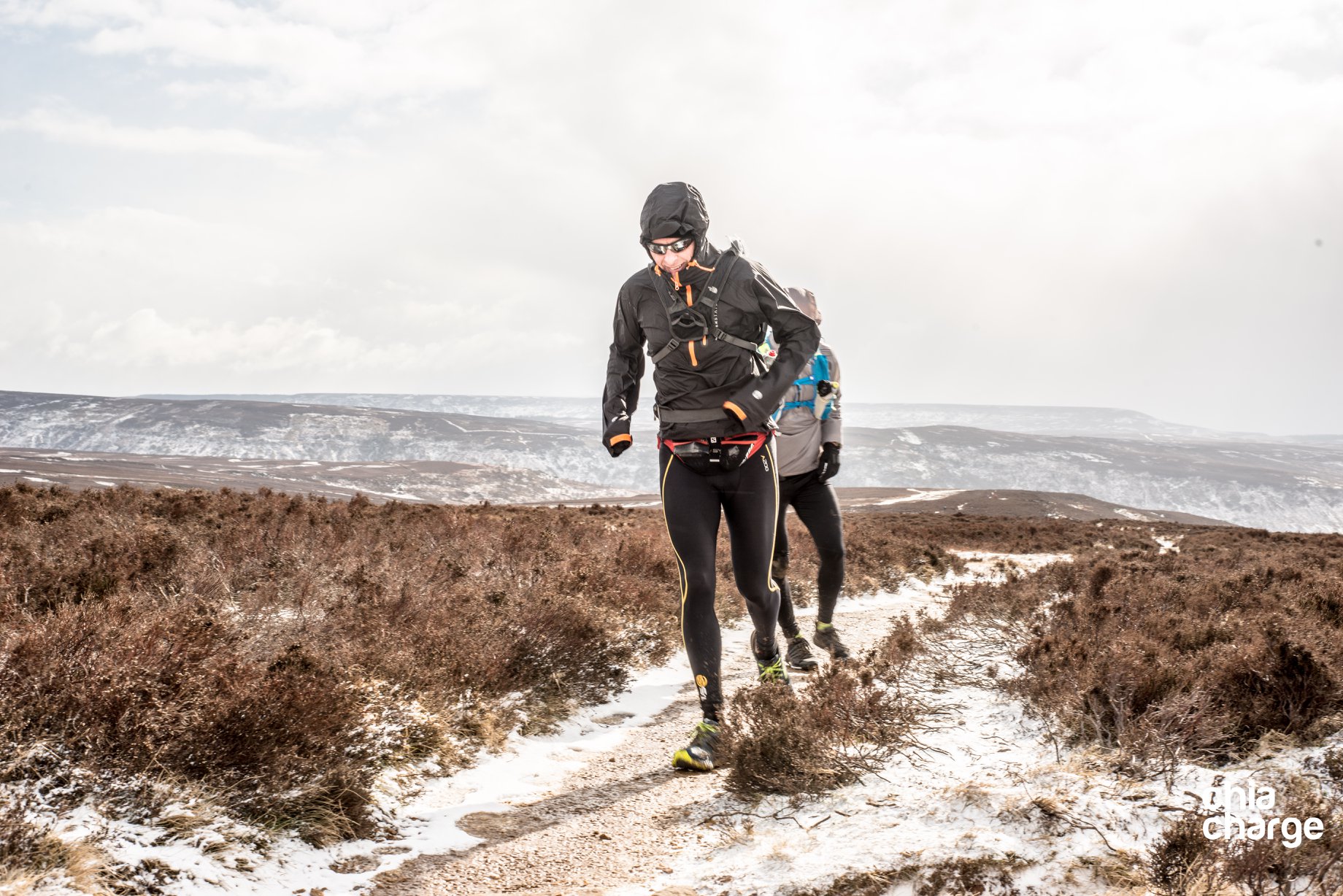 The HardMoors 55 2018 is a 55 mile race from Helmsley to Guisborough and is part of the Hardmoors Race Series. The event takes competitors through the North York Moors and the Cleveland Hills and features 2000 metres of ascent. There is a time limit of 16 hours. The race began at Helmsley Sports & Social Club at 09:00 am.
This year due to inclement wintry weather, the Race Director decided to stop runners leaving Kildale, the 42 mile point around 8:30 pm as the weather had turned very cold and very windy with significant falls of snow in the area. No-one was hospitalised and the Cleveland Mountain Rescue Team helped escort the runners to the finish 5 miles away in Guisborough.

The race winner was Ross Cooling finishing in 8:44:46, who was second in the 30 mile event on New Years day. Second was Paul Brunger and Steven Beattie took third place.

In the womens race Sara Al-Kadhimi triumphed in 10:14 28 with Christine Waller in second and Shelli Gordon in third place.