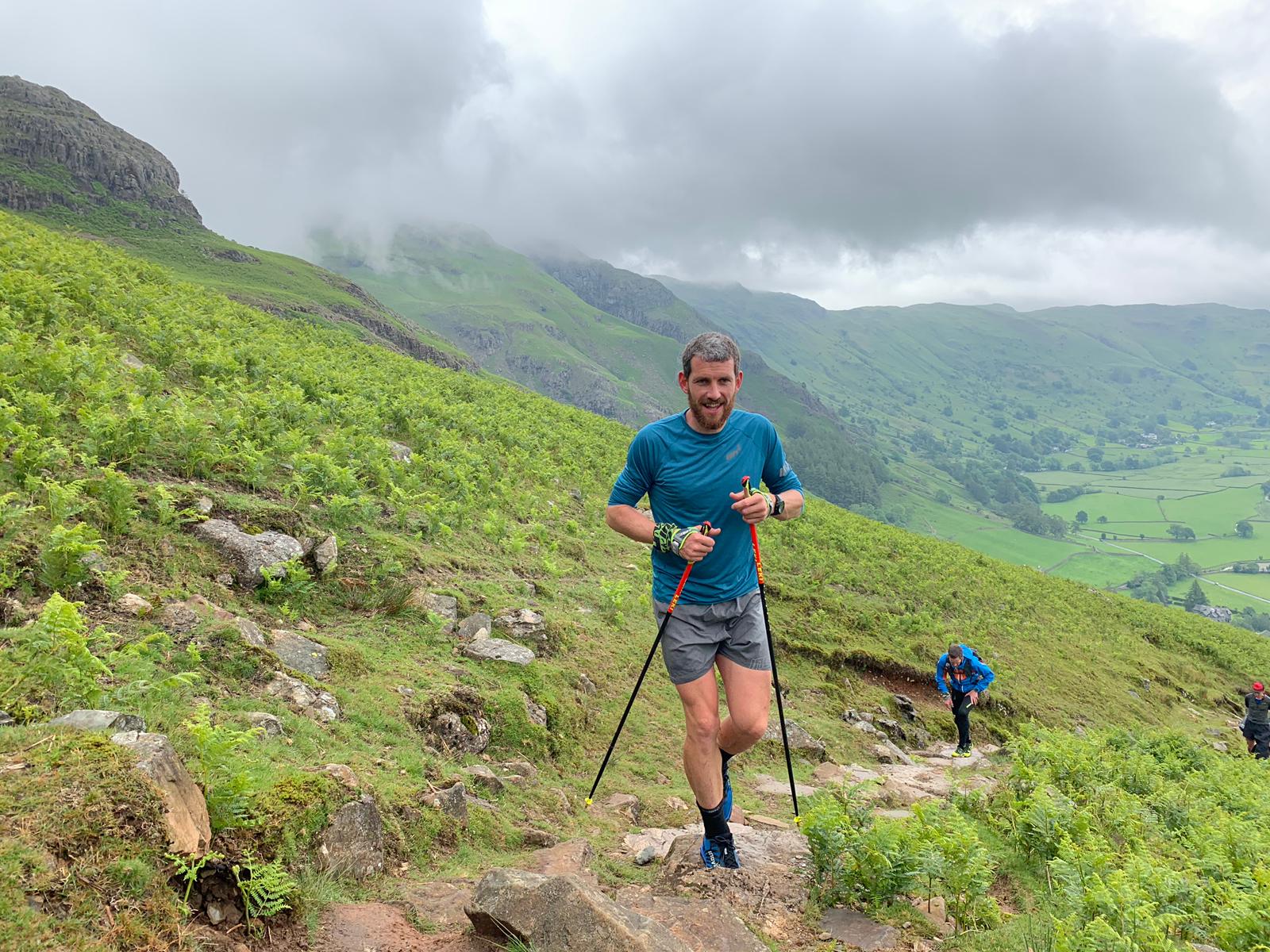 If you are not crying at the end of this film, Paul Tierney – Running The Wainwrights, you need to take a hard look at yourself.
Inov-8 ambassador Paul Tierney knows himself and his limits as he ran 328 miles in a record 6 days, 6 hours and 5 minutes.
A beautifully choreographed film, keeping pace with the Celtic Warrior as he traversed the highs and lows of Wainwrights 214 Fells. The camera person was up there on the Fells amid the storm alongside Paul, the rain on the screen a testament to the tenacity of the crew supporting this attempt.
Staggering shots of majestic Fells and translucent lakes in full National Geographic technicolor, Paul is a prince in full pursuit with his faithful retinue.
This film is an absolute watch to everyone who wants to undertake any kind of challenge. It depicts with the unflinching lens of scrutiny the face of pain, the feet of pain, the joy of pain. The terrible uncertainty of at any given moment, something could happen to end the quest, a locked knee, a fall, the weather too atrocious to make the record time.
Paul Tierney is a self-deprecating Corkonian, in his gentle rhythmic brogue he describes his humble and meticulous approach to preparation and the commitment to persisting with, “one foot in front of the other” minute by minute, hour by hour and each day.
With a supporting cast of experienced Fell runners, Steve Birkinshaw, Mountaineer Chris Bonnington and the legend Kilian Jornet, this is a fascinating insight into the complex preparation for a record-breaking attempt.
A searingly beautiful soundtrack, that begins quietly with a meditative murmur, reaching a crescendo with Paul running through the crowds in Keswick and up the steps to the finish, arms around him of those who love and support him, the returning, conquering hero, King of the Fells.
If you are jogging round the park or a committed ultrarunner, this film is a cinematographic beauty. Be good to yourself, Paul was.

Paul ran in memory of friend and team-mate Chris Stirling, who passed away in 2019. and has so far raised £35,000 for the charity MIND UK via this page.