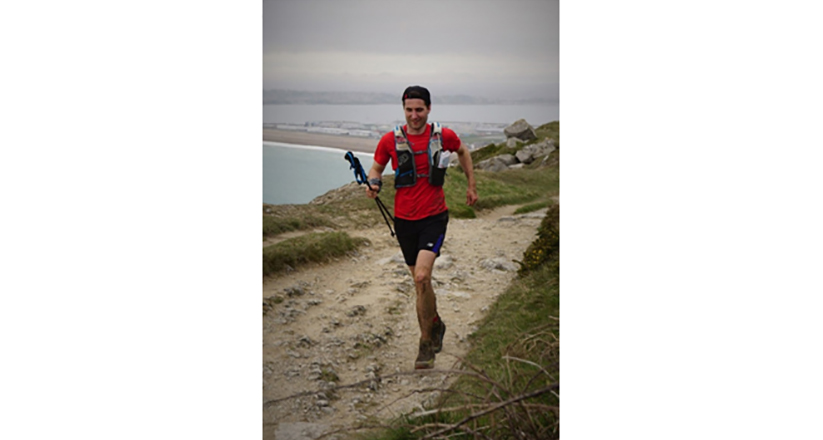 In May 2020 David I’Anson, a 29-year-old NHS worker, will be attempting to break the speed record for running the Pembrokeshire Coastal Path: a 186-mile / 299km long national trail along Wales’ historic south west coastline. Renowned for its narrow, rocky cliff paths that rise and fall over limestone cliffs and volcanic headlands, it accumulates 11,000metres of ascent, which is the equivalent of roughly 1.25 Everests.

The route starts in St Dogmaels near Cardigan in the north and ends in Amroth in the south. A notoriously difficult route, most walkers aim to complete it on average within 10-15 days, but has also been completed by ultra-runners. The current record for completing the Pembrokeshire Coastal Path is 2 days and 16 hours. David will attempt to break this record in May, shaving down the record to under 48 hours. This commitment will require two days and nights without sleep, with only brief stops to collect water and food.

David was 17 when he first became aware of the LDSAMRA, after they rescued him during a trek on Scafell, England’s highest mountain. Having experienced first-hand the fearless dedication and quality of care given by the rescue teams, David has championed the LDSAMRA and the work they do to safely rescue members of the public in the country hills and mountains.

“Ever since that night that I’ve been hoping to find something that matched the scale of appreciation I feel for those teams of volunteers who were out there. I hope Project Pembrokeshire does that and I hope it can raise awareness of the incredible work that these teams do every day.” David says about his reasons for fundraising for LDSAMRA.

David has over 8 years’ experience of multiple ultra-marathon disciplines ranging from 50km to 100milers and multi-stage, multi-day races, but the daunting challenge of the 186-mile Pembrokeshire Coastline is unlike anything he has taken on before.

“Project Pembrokeshire is an incredibly exciting chance to test the limits of human endurance, but I’m well aware of how insane it sounds! It sounds like a huge undertaking on my own, but training for and doing this would never be possible without the support of those around me, which I’m incredibly grateful for.”

Alongside his busy training schedule, David works full time for the NHS, leading projects to improve care for cancer patients, which he is exceptionally passionate about.

You can make a donate on David’s fundraising page: https://www.justgiving.com/fundraising/project-pembrokeshire