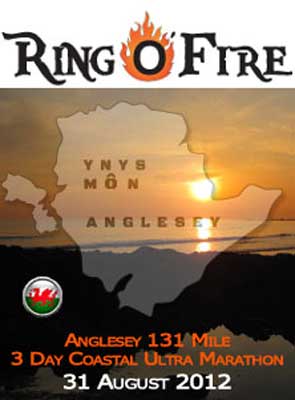 ANGLESEY will be the location for one of the UK’s most extreme endurance tests next year as some of the world’s toughest runners will attempt to tackle the island’s coastline.

The three day, 131 mile Ring of Fire ultra marathon will circumnavigate the island and test runners to their limits over a variety of terrain including sand dunes, cliff tops and forests.

Checkout the maps and all the details at www.ringofire.co.uk/