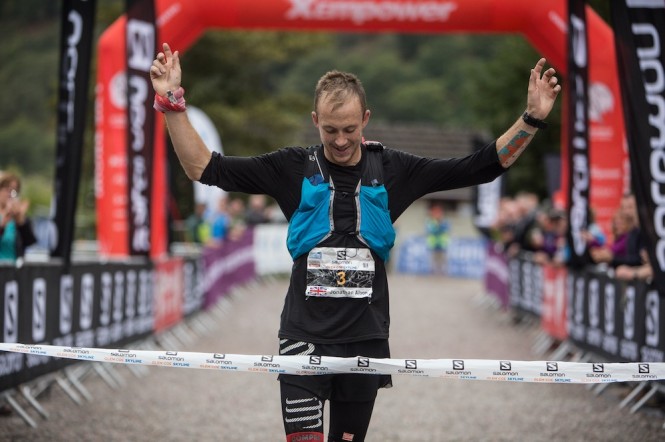 Skyrunning Scotland 2017 has arrived this weekend in one of the biggest trail running events in terms of quality the UK has ever seen.

Salomon Glen Coe Skyline™ 2017, undoubtedly the UK’s most prestigious mountain running event and one of only three EXTREME rated Skyrunner® World Series races globally, has once again attracted a world-class field including the undisputed world number one, Kilian Jornet. Many of the top 10 from 2016 will be returning to challenge Jornet, including the 2016 winner and EXTREME Skyrunner® World Series champion Jonathon Albon; 2015 British fellrunning champion Finlay Wild; and the world-class Glasgow based Tom Owens, who finished second in 2016.

The women’s race has also attracted the world’s best: Emelie Forsberg, winner of the inaugural event in 2015, and former ULTRA Skyrunner® World Series champion is returning but will have to beat 2016 winner, and current EXTREME Skyrunner® World Series champion, Jasmin Paris if she hopes to regain her crown. Emelie said: “I’m very happy to go back to Glen Coe as it was one of the coolest races I’ve ever done and in a very beautiful area of the world and with a superb organisation. Hopefully I can do as I wish; the VK, the Skyrace® and the Extreme race!”. Mira Rai from Nepal will also toe the start line, making for a highly competitive front of field.

Salomon Ben Nevis Ultra™ – *new for 2017*
Saturday 16th September 2017 – ~120km / ~4,000m
Starting on the southern shores of Loch Ness, this race follows a route through remote glens, passing over the summit of Ben Nevis, before finishing at the Ice Factor in Kinlochleven.

Salomon Ring of Steall Skyrace™
Saturday 16th September 2017 – 29km / 2,500m
A variation of the classic ‘Ring of Steall’ ridge-walking route, the Skyrace® has spectacular views of Ben Nevis from the Mamores and includes short sections of easy scrambling.