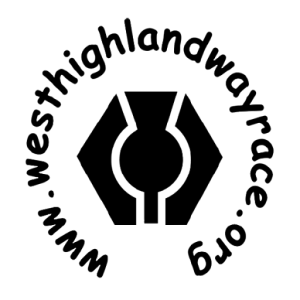 One of Scotlands great treasures is the West Highland Way race from Milngavie near Glasgow to Fort William. The trail, conceived by the late Tom Hunter from Glasgow, was approved for development in 1974 and was completed and opened on 6 October 1980 by Lord Mansfield becoming the first officially designated long-distance footpath in Scotland. The route is 96 mile (156 km) long and covers some spectacular scenery.

The race is a 5 point qualifier for UTMB and features over 14,000 feet of ascent. The runners have 35 hours to cover the 95 miles and have to pass through checkpoints with cut-off times along the way. Two person crews are compulsory along with a vehicle and one of which must be capable of covering the last two sections with the runner.

This year saw the 33rd running of the event and Rob Sinclair set a new course record eclipsing Paul Giblin’s 14:14:44 set in 2015. Womens winner was Lynne Allen at her first attempt. 209 starters 159 finishers.