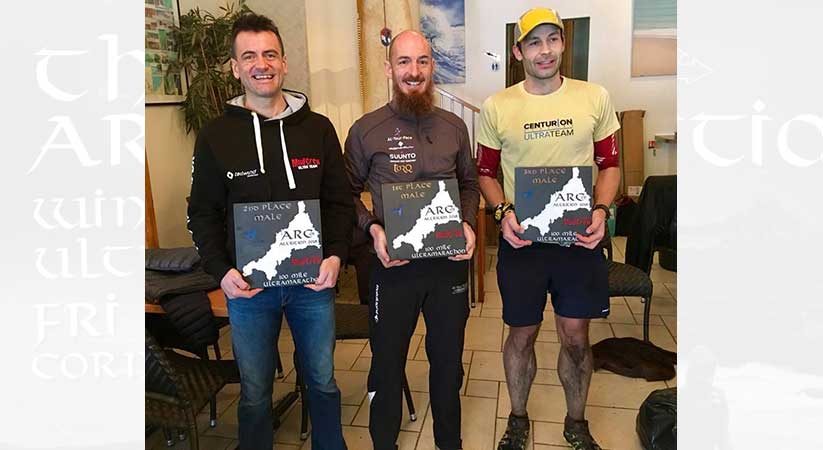 The Arc of Attrition 2018 lived up to its name this year with 52 finishers from 145 starters. The 100+ mile race started in Coverack and finished in Porthtowan at midnight on Saturday Feb. 10th.

A slightly longer version with detours due to weather damage to the South West Coastal Path and muddy conditions meant the winners only just squeezed under the 24 hour mark.