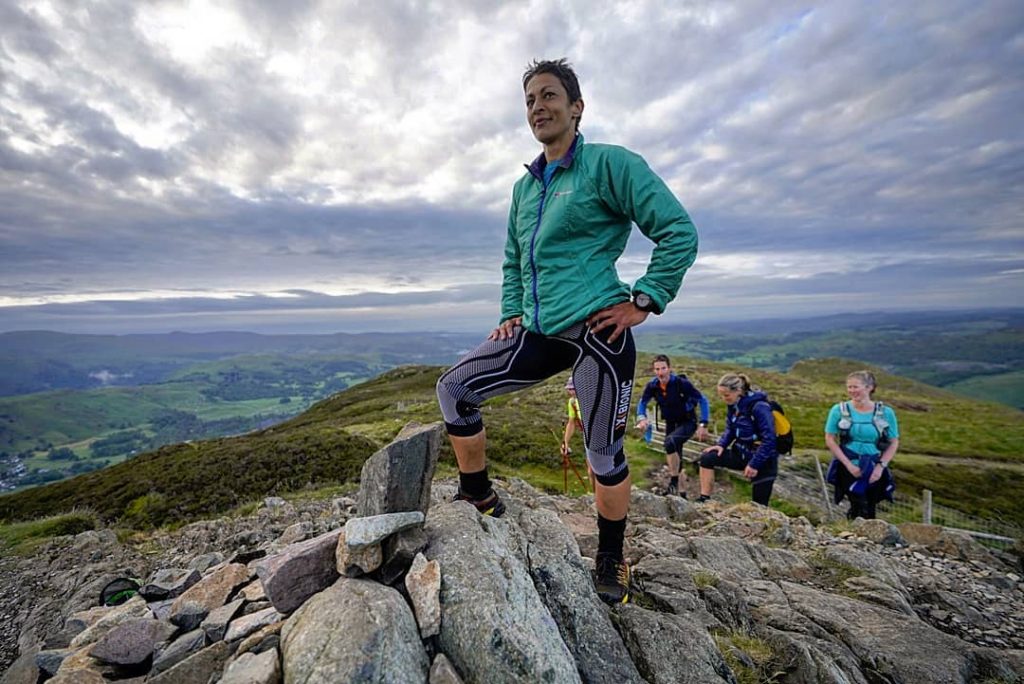 At her her third attempt Sabrina Verjee breaks the Wainwrights record set by Paul Tierney in 2019. Trimming Paul’s time by 6 hours Sabrina completed the route which features 214 Lakeland fells, around 500km of total distance and approximately 36,000m ascent in 5 days, 23 hours, 49 minutes and 12 seconds.
Sabrina started from her home in Langdale on Friday 11th June and arrived back at the starting point in Great Langdale on Thursday morning with a time of 5:23:49:12.

The Wainwrights are the 214 English peaks (known locally as fells) described in Alfred Wainwright’s seven-volume Pictorial Guide to the Lakeland Fells (1955–66). They all lie within the boundary of the Lake District National Park in Cumbria, and all but one (Castle Crag) are over 1,000 feet (304.8 m) in height.[