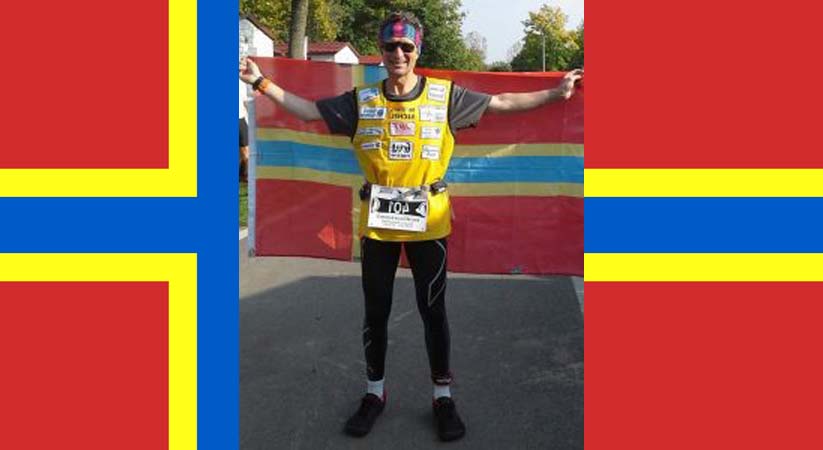 Orkney-based ultra marathon runner, William Sichel (64) heads ‘down under’ for the first time this week to take part in the Australian 48 Hour Track Championships in Canberra on March 16th – 18th.

“I’ve had a long standing invitation to do this race and decided that if I wanted to do it then I couldn’t keep putting it off – so I’m doing it. With it being my longest-ever trip and my first to Australia, there will obviously be a lot to learn and I’ll need to draw on my extensive travel experience gathered over the last 25 years.”

The race will take place on the track at the prestigeous Australian Institute of Sport facility in the capital, Canberra, starting and finishing at mid-day. The greatest distance covered in the 48 hours wins the race.

There are in fact 6 events taking place over the two days – a marathon, 100km, 6 hour, 12 hour, 24 hour and the 48 hour so there will be plenty of activity over the long weekend with 112 runners taking part across the 6 events including 31 in the 48 hour.

William would like to thank the Race Director, Billy Pearce from Pearce Performance, for his invitation to this event. It is very much appreciated.

This will be William’s only event before heading to New York in mid-June for the World’d Longest Certified Footrace – the Sri Chinmoy Self-Transcendence 3,100 miles race.

William is currently persuing his record-setting project called “Journey to 750” in which he is attempting to set 750 running records at World, British and Scottish level, including age-group records. Currently he has set 433 records, including 45 world age-group records and two Guiness World Records. His shortest record is for 30 miles on the track and his longest is an overall British record for 3100 miles/5000km on the road.