The Montane® Spine® MRT Challenge is a 108 mile, non-stop race along the the Pennine Way from Edale to Hawes which starts January 9th 2016, in some 36 hours. Last month Damon Rodwell and Duncan Buchanan ran the Tour de Helvellyn as a 38 mile training run and posted this report on the Border Search and Rescue Unit website.

A trip to the Lake District on Saturday provided confirmation, if it were needed, that King Canute was a smart cookie. Allow me to explain. As you’ll be aware, King Canute is famous for demonstrating to his admiring courtiers that despite his royal blood and noble birth, he was as powerless to control the tides as the lowliest of his subjects, whereafter he hung his gilded crown on a crucifix and never wore it again. You may wonder what this has to do with me or with the Lake District.

Two weeks before we traveled down, Cumbria had been hit by rainfall of biblical proportions that had flooded several towns, knocked out power and communications, closed roads and generally caused a whole load of misery. The reason for my visit, along with BSARU team-mate Duncan Buchanan, was to run the 38-mile Tour of Helvellyn ultra-distance mountain race. Our trip was designed as a last opportunity before our 109-mile fund-raiser on January 9th to test our fitness and our winter running kit.

In my hubris – and here’s where Canute would have put me right – I was rather hoping that my abject lack of training would be overcome by determination and some intangible legacy of the fact that twenty years ago, I was pretty good at this sort of thing. Duncan, by contrast has been pounding the hills steadily for the past couple of years, and has racked up an impressive list of “ultras” including a 100km in the Lake District and another on St. Cuthbert’s Way, a 137-mile whopper around Anglesea in Wales and a magnificent 50-miler in the Pyranees.

The forecast in the week running up to the race was grim, with gloomy predictions of persistent heavy rain and a blustery south-westerly. In the event, this proved depressingly accurate, and with the exception of a brief lull in the early afternoon, it poured incessantly and blew a hooley all day.

Starting in the village of Askham near Penrith, the route took the 200-odd runners over moorland via Martindale to Patterdale, where a steep descent into the valley was followed by a short road section to Glenridding – the village that was inundated twice in the space of four days a fortnight previously. The damage was still impossible to ignore, with signs of the carnage still very much in evidence. Perhaps the most poignant sight was the village Christmas tree, still bedecked with shredded scraps of decoration and broken lights, lying forlornly on the ground beside a large whole where it has been erected, the lot now protected by “DO NOT ENTER” tape.

From Glenridding, we followed tracks westward, initially along a valley laid waste by the force of the floods, then climbed out of the worst of the wreckage and up over Stick Pass into the teeth of a gale. With the rain driving directly into our faces, I envied Duncan his prescience in packing his ski goggles. In the absence of mine, I stumbled and tripped repeatedly, unable either to see the rocky path through squinting eyes, or to maintain the balance needed to avoid the rocks that peppered the track in the buffeting wind. A precipitous descent on mud and grass to the north-east corner of Thirlmere was followed by a narrow track heading south where running was made near impossible by the eroded mess of what had been a path.

Entering woodland along the eastern shores of Thirlmere, we gained a measure of respite from the wind, but were now exposed to the full horror of the flood damage. Where tracks were marked, rivers flowed, and where the map showed narrow sinuous water-courses, acres beyond counting of farmland lay submerged. Substantial bridges designed to carry heavy forestry vehicles had been smashed to matchwood or carried off completely, leaving thundering torrents that had to be forded by weary and wind-battered runners. It turns out that Old Canute also has a lesson for anyone involved in flood defences. When the water makes up its mind to go somewhere, there’s really nothing, and I mean NOTHING to be done, other than to withdraw to a safe distance and watch with awe the determination and the staggering power with which it pursues its goal.

The obliteration of the bridge across Raise Beck necessitated a high-level traverse around the curiously named Willie Wife Moor. Grisedale Tarn sits at 600m above sea level, and today was a dark brooding lake of malign intent, decorated by marching ranks of white horses, the tops of which were dissolved into plumes of spray by the wind that came barreling up the valley from the west and funneled through the pass. Trying to negotiate the bouldery track under the onslaught of the wind, I was lifted bodily by a balled fist of a gust and dumped a few metres away like a sack of tatties. I’d like to say I was graceful in flight and maintained my dignity on landing, but I’d be lying.

During the descent from the Tarn to Patterdale, the marathon mark passed unnoticed. The nagging weariness that I’d been trying to ignore started to probe the vulnerable parts of my hopelessly under-prepared legs, and what bounce had graced my progress for the past few hours now deflated, to be replaced by a dismal shuffle. Duncan, from whom I’d pulled a few minutes’ gap on the climb up to Grisedale, drew level and together we trundled down to Patterdale in fading light. From here we stayed together, Duncan generously slowing for me on the flat and metaled sections where I was struggling to run at all, and me easing back on the steep sections, where I was still moving surprisingly well.

Darkness fell with about eight miles to run, adding spice to the navigation. Headtorch beams amplifying the effect of the driving rain, we tackled again the obliterated paths back to Martindale and beyond, distant pinpricks of light slowly edging across the moor betraying the position of our fellow runners. A smidgin under ten hours after leaving, we arrived back at Askham Village Hall, to the welcome buzz of exhausted runners, a table laden with hearty soup and cakes and, most blessed of all, permission to stop and sit.

Duncan and I are running the 109-mile Spine Race Mountain Rescue Challenge on January 9/10. Further details can be seen on the home page of the BSARU website, where online donations to much-needed team funds can be made. 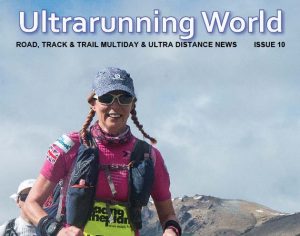 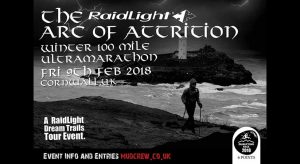 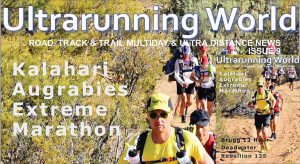